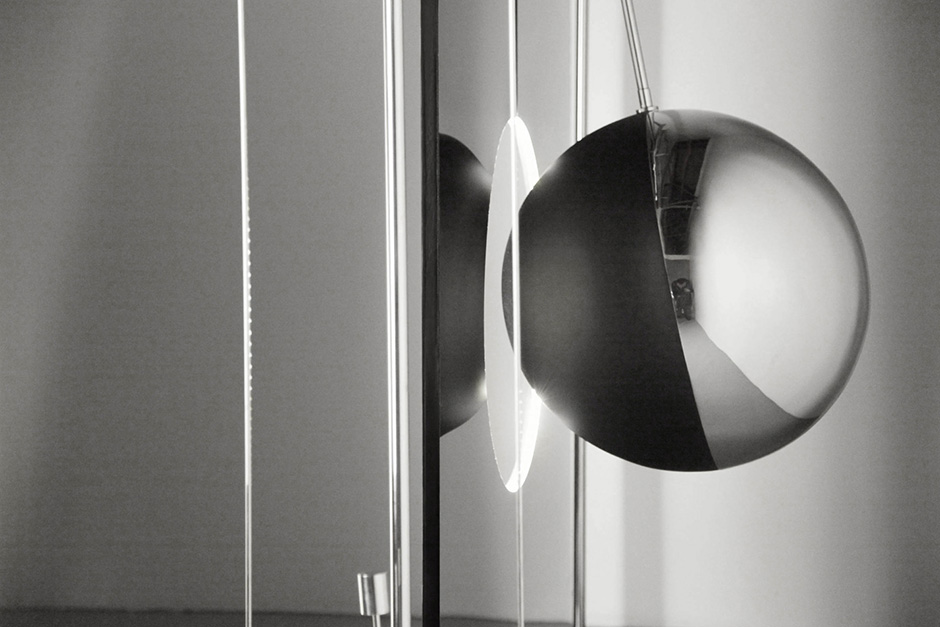 The M.A.D.Gallery is pleased to host “Optical Variations”, an exhibit by French artist Damien Bénéteau, featuring four of his illuminated, hypnotizing monochromatic mobiles.

Damien Bénéteau was born in France in L'Haÿ-les-Roses in 1971.

After receiving his degree in photography, Bénéteau joined a press agency, MPA, specializing in portrait photos. During this time he also worked under famed French conceptual artist, Yann Kersalé, compiling photographic reports on subjects such as the Pont de Normandie and “Parabola” in Cahors, France.

Bénéteau then moved onto photographing architectural projects and in 1998, founded “Les Cyclopes”, a collective of photographers with a focus on fashion. Images from this collective have been published in magazines and newspapers worldwide.

After switching from photographer to light sculptor, Bénéteau’s work garnered the attention of Galerie Mathias Coullaud in Paris, where he has exhibited.

About future directions for his art, Bénéteau says, “I plan to pursue my research on moving light and tiny variations of volumes and materials in minimalist sculpture.”

Bénéteau is currently living and working in the Parisian suburb of Ivry-sur-Seine.

A photographer by training, Bénéteau creates art dedicated to light, capturing it in a way that renders it nearly tangible.

“My work is intimately related to my background in photography,” says Bénéteau. “In this form of minimalist kinetic sculpture, I am using all I know about light to sculpt it. Much like in photography, I use light to achieve a certain optical effect.”

And he does. The outcome of his light sculpting is at once playful and energetic, yet full of contrast and yielding a mesmerizing visual effect.

The impetus for Bénéteau’s kinetic art came out of one of his photographic series in which white balloons were suspended in a white room lit only by a skylight. This jumpstarted the photographer’s fascination with how an object’s volume is perceived in various lighting situations.

Once he added movement to the equation, “Optical Variations” was born. “I have always been interested in mechanics and machines,” says Bénéteau. “My greatest influences come from minimalist sculpture, seen in the mixture of geometric aesthetics, austerity and simplicity found in my work.” 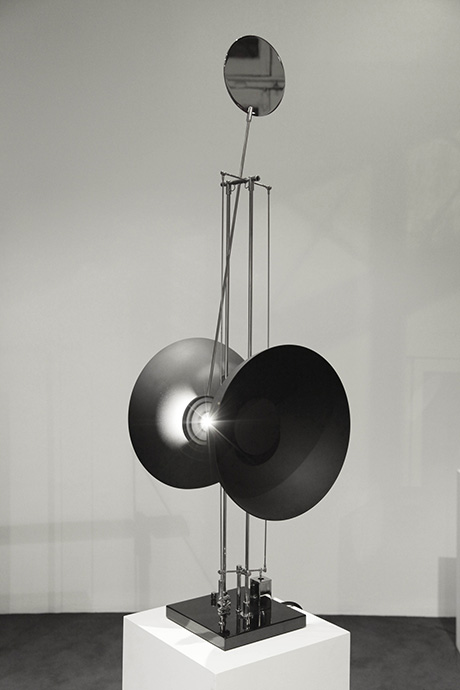 He then inputs these ideas into a computer, enabling him to formulate the technical details of his sculpture. Next comes the long process of realization.

According to Bénéteau, “to make one sculpture, it requires between three and six months of work. Most of this time is spent experimenting with the effects of light on the piece.”

Bénéteau prefers to work with aluminum because anodizing the surface of this lightweight metal creates a deep black. When illuminated with LED lights, this deep black shows a full spectrum of all the nuances of grey.

Working from his own atelier, Bénéteau, a connoisseur of machinery, uses milling, polishing and metal turning machines to create his structures, “a critical aspect”, he says, of his creative process.

In three of his installations for the M.A.D.Gallery, the French artist plays with pendulums, pairing their oscillating movement with light to create a trio of mesmerizing phenomena. 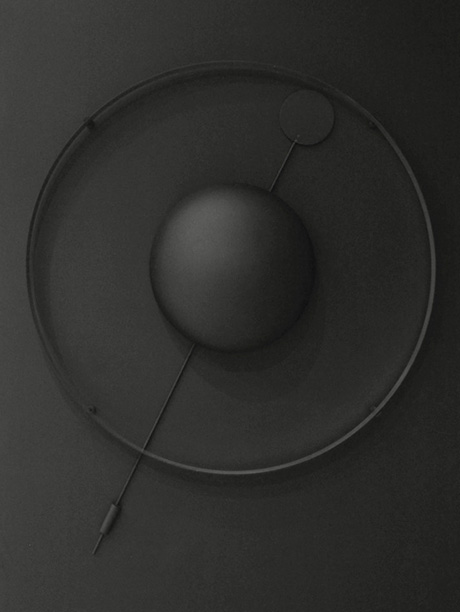 In “Spatial Variations”, a slowly undulating metal ball ticks along its defined course, while throwing light and shadows on the surrounding space, almost as if the light is alive and breathing.

“Length Variations” plays with a moving light source as it passes through a concave structure, catching and reflecting the light in a brilliant flash, similar to a signal from a lighthouse.

And finally, “Circular Variations” is an illuminated ring phasing in and out as a pendulum rocks steadily from one side to the other, images of rings around planetary orbs come to mind.

“Sphérolithe”, in contrast, sees the former photographer moving away from the continuous movement of the pendulum, rather letting light emanating from a stationary point speak for itself. The light pulsates like the throbbing of a heartbeat: consistent, calm, calculated.

About this exhibition, Bénéteau says, “... the notions of time, space and impalpable forces are present,” as the artist explores the cyclical nature of light moving across and through objects.

His hope is that people viewing his work don’t get too caught up in the details and technique, but are rather able to observe the abstract nature of his work and the unique effect that his light sculptures create. 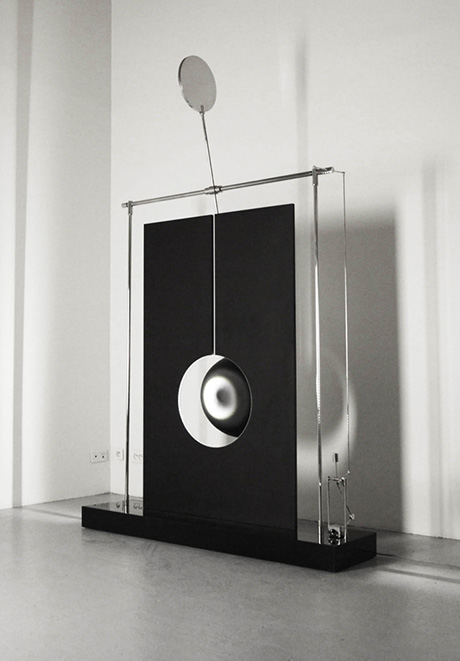 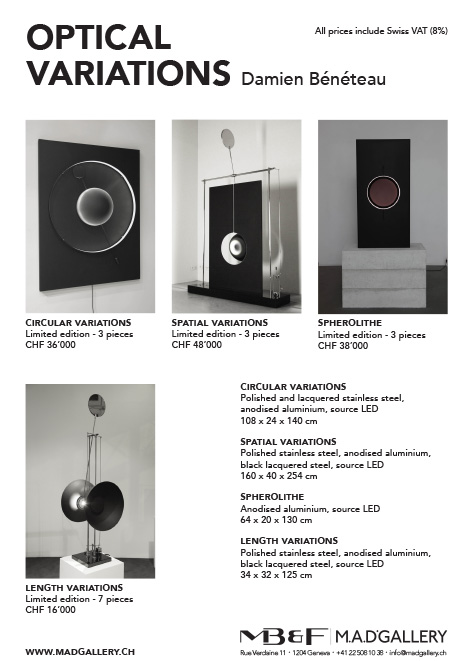