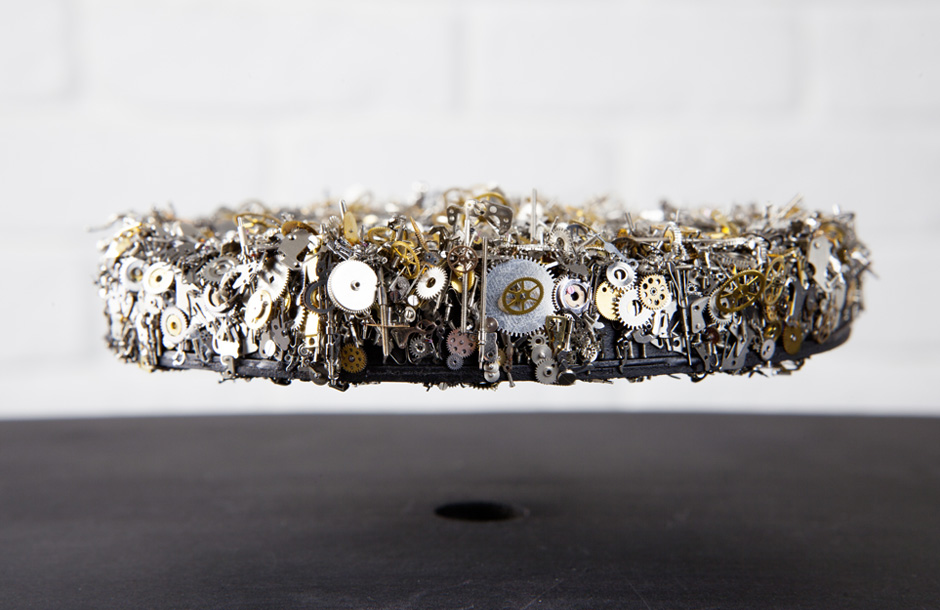 An architect converted into an artist to explore time’s mysteries. Quentin Carnaille was born in 1984 in Roubaix, northern France. The young man was never an exceptional scholar until his artistic talent was revealed while studying architecture in Belgium.

In 2008, a year before graduating, the 24 year-old architect created a pair of cufflinks as a gift for his father. The pieces were crafted from two mechanical watch movements from the 1930’s. A month later, the cufflinks find their way to the “Louvre des Antiquaires” in Paris in Mr Arka’s stall, a well-known antiques dealer.

After graduating, Quentin Carnaille went through various professional training in sales, finance and legal, accumulating experience to become an entrepreneur.

In parallel, his creations multiply, his first exhibitions take place and the artist wins several awards. One of the prizes enables him to open his own workshop/boutique in Lille (France) thanks to the label “Maison de mode”. He lives in the boutique’s basement for eight months in order to work day and night.

The young artist then develops an increasingly thorough reflection around the notion of time, questioning themes like infinity or relativity. “Time doesn’t exist,” says Carnaille, “it is simply the result of a constant human motivation to materialize it!” He also draws a parallel between watchmaking and architecture; a parallel he will explore in more depth through his sculptures, as a culmination of his philosophical and artistic path.

A sculpture that sends us back to the origins of measuring time: astronomy. What is more fascinating than observing the stars? Astronomy led us, a few millenaries ago, to one of the most fabulous inventions of mankind: the notion of time.

Unlike the mastering of fire or the invention of the wheel, time is not palpable as it is a mental fabrication. Yet, it is just as decisive in the evolution of mankind.

‘Apesanteur’ (which can be translated as ‘Zero Gravity’ or ‘Weightlessness’) is a sculpture that flies, floats, levitates… like a star or planet. The levitating disk is made of thousands of tiny centennial mechanical watch components. Carnaille was able to source these stocks of vintage pieces via connections with watchmakers and antique dealers.

He then uses a powerful magnet to sort out which of the tiny pieces are magnetic and can be used for the sculpture. ‘Apesanteur’ is an invisible link between astronomy and mechanical watchmaking. 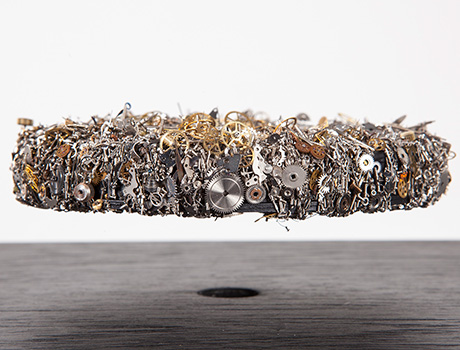 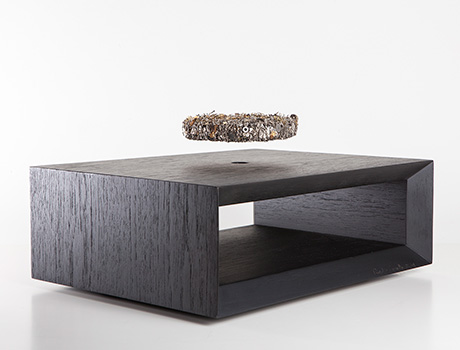 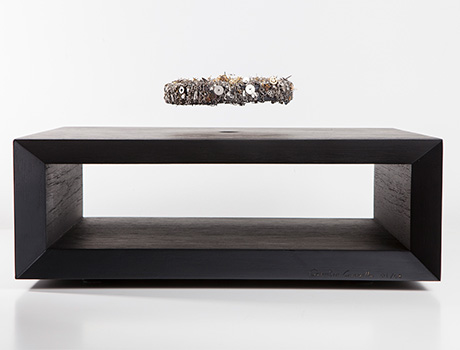 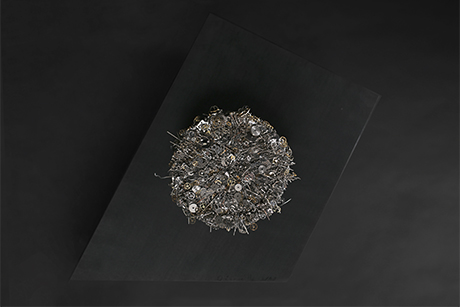 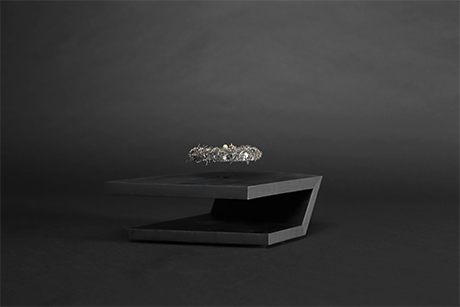 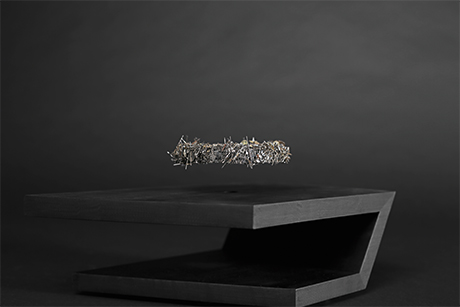 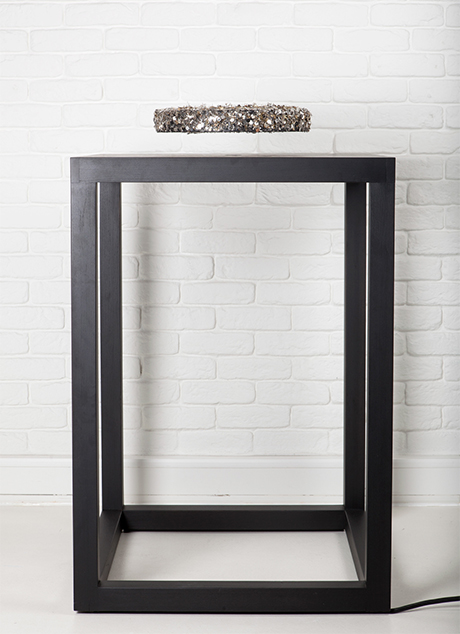 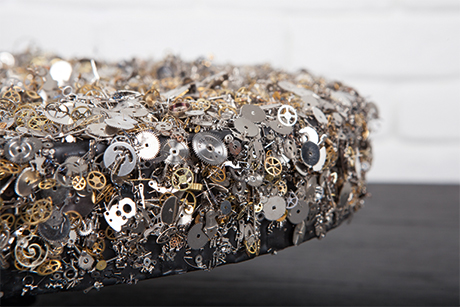 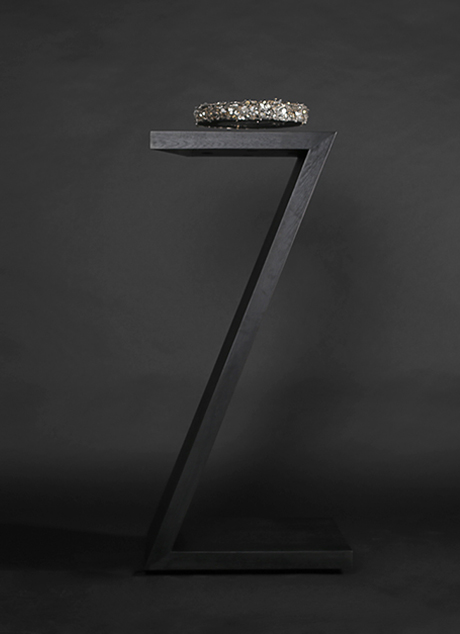 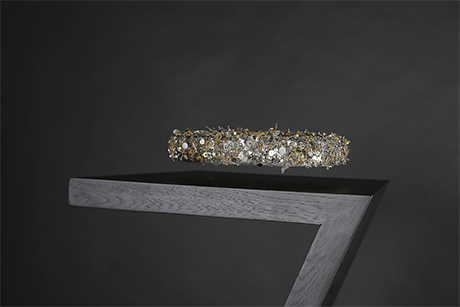 Time and infinity are two paradoxical notions recalling the complexity of the human brain. Time is a mental fabrication. After all, if infinity does exist, what does time mean?

Through an optical phenomenon, this piece of art evokes the confrontation of these two notions.

‘Infini’ (Infinity) is made of 16 watch sculptures also composed of thousands of vintage micro-horological components that are magnetically stuck to one another. They float in an endless picture.

It seems that the 16 sculptures are frozen in time due to the inert composition repeating itself infinitely in the mirror background. There, time and infinity coexist in a stunning work. 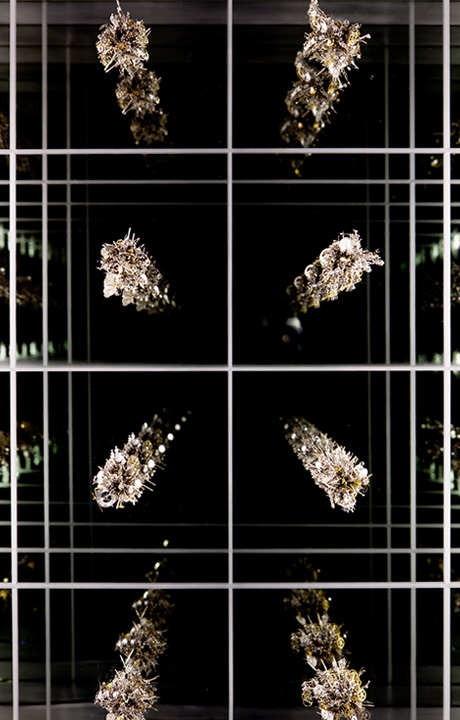 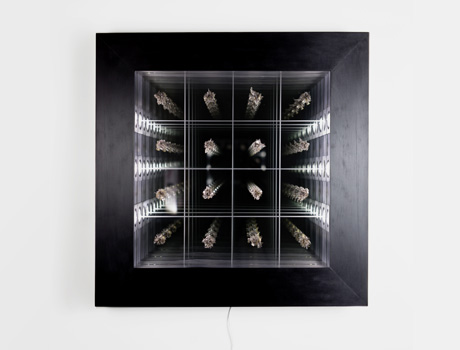 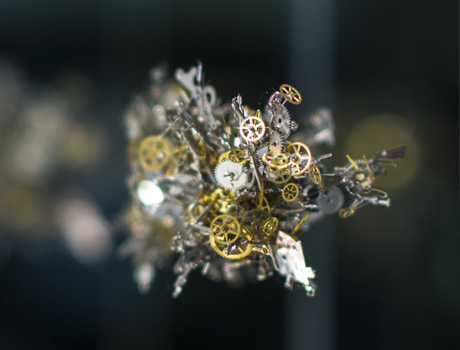 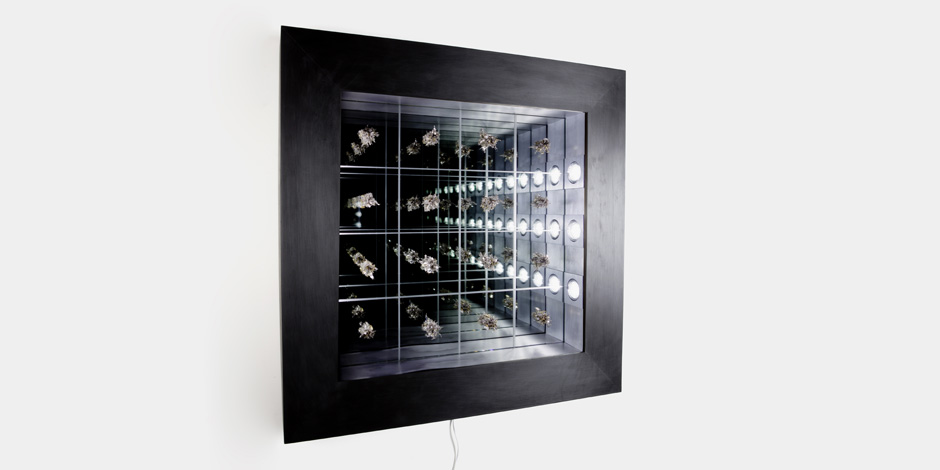 “Garde-Temps”‘s astonishing and disorienting case shelters & highlights a gem : a piece of art which might look like a watch at first but is actually a wearable sculpture. 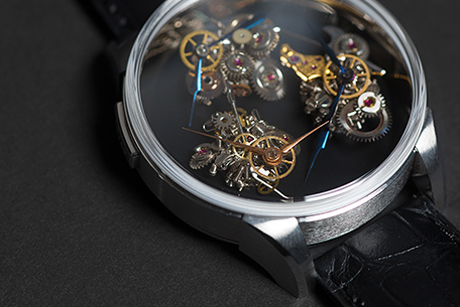 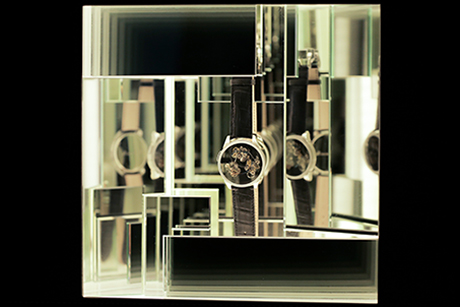 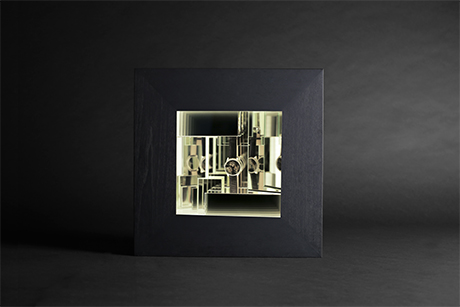 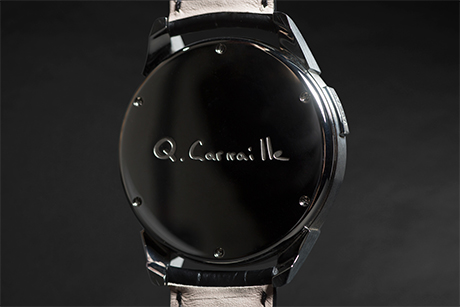 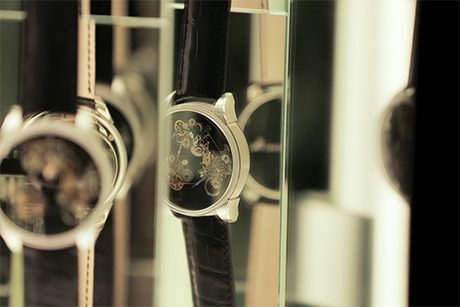 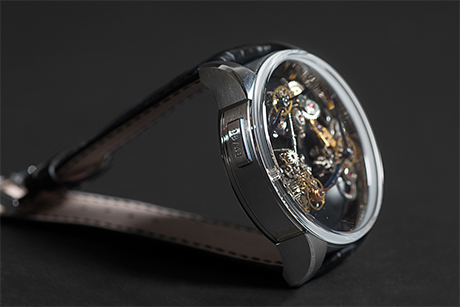