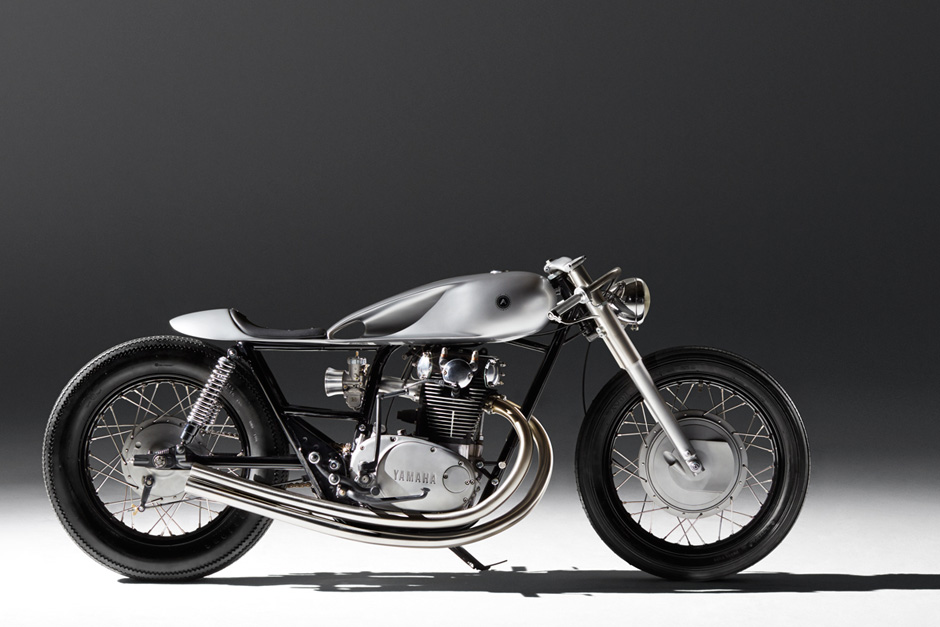 Following the successful exhibitions of Chicara Nagata and Maxwell Hazan, the M.A.D.Gallery in Geneva is pleased to announce a new exhibition involving Art Motorcycles

It turns out that M.A.D.Gallery founder Maximilian Büsser has had somewhat of a crush on Auto Fabrica’s Type 6, which has been hailed by specialized press as one of the most beautiful motorcycles today.

Pleased with the invitation to exhibit at the M.A.D.Gallery, brothers Bujar and Gazmend Muharremi immediately agreed to present two of the imaginative motorbikes by their British marque Auto Fabrica.

The cooperation is a natural one driven by a common love of mechanics and motorcycle design.

The young London-based company follows the maxim that less is more: eliminating clutter to achieve simplicity is a guiding principle here. Auto Fabrica’s second dictum is to apply modern-day design to their "old school" style creations based on vintage motorcycles, which they achieve by using vintage techniques to make new parts. This provides an original look and feel to the engine-driven pieces.

And also just like high-end watches, the motorcycles remodeled by the British duo are beautifully finished.

The most beautiful and expensive cars and bikes from 1910 through to the 1980s are the inspiration for the brothers in their work.

While this might seem like a very a long timeframe, it is the key standout vehicles over these 70 years of golden design that ended up heavily inspiring the Muharremi men. While also finding motivation in the work of brands like Fontana and Pininfarina, it has more often than not been the beautiful automotive art of Ettore Bugatti that has played the biggest inspirational role. It was also Bugatti's way of working that inspired the brothers to name their exceptional motorbikes using the word “Type.”

The process sees the duo stripping vintage motorbikes, which they call “donor bikes,” to their bare essentials. Then they refit the motorcycles with a majority of their own manufactured parts, but “hide” as much of the bike’s moving parts as possible so that at the end only three essential component groups are visible to the observer: the frame and wheels, the bodywork, and the engine with exhausts. 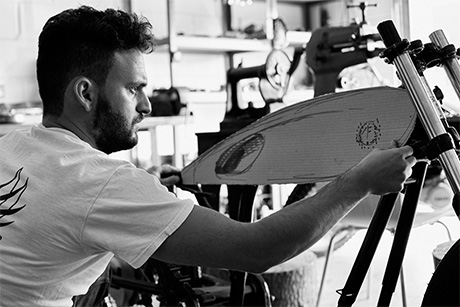 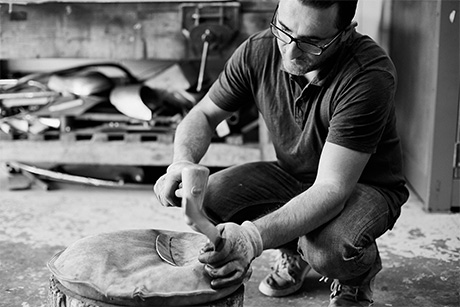 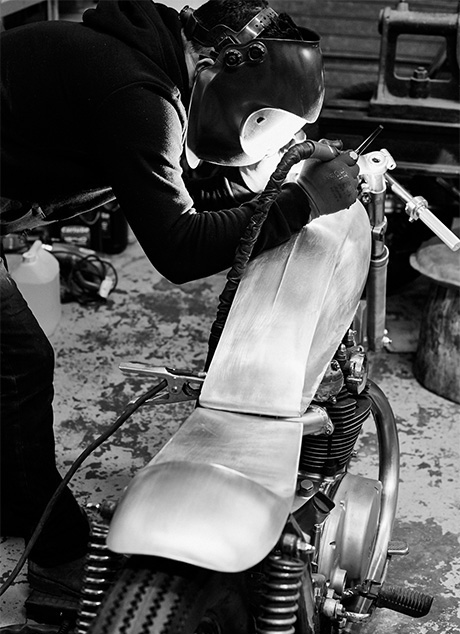 In this way, Auto Fabrica achieves the outward simplicity it has become so well known for. The “catch” as it were is that the brothers had to learn vintage manufacturing techniques that are fast becoming scarce, such as hand- making tanks and seats while using modern materials for stability and longevity.

But before any bike part is even taken to hand, Bujar and his team spend quite a bit of time on the design, beginning with hand-sketching and moving to Photoshop renderings to make a virtual bike before the manual labor of love begins.

And always keeping in mind that less is more.

Auto Fabrica makes a very limited amount – typically between 8 and 12 pieces – of its artful motorcycles each year. The M.A.D.Gallery has two pieces on display, the brothers’ Type 6 and Type 8, each of which took around six months to build.

The Auto Fabrica Type 6 emerges from the remains of a Yamaha XS650 from 1979. As the brothers tell it, it was within the design of this particular motorbike that a signature detail began to define the shape of the whole entity: a scalloped, tunnelled section at the rear of the tank where it meets the seat. This difficult execution ended up defining the entirety of the motorbike. Though the original design idea was to use the opening as a ram air-inspired intake, this became impossible to achieve without compromising the restraint of the projected design. So to create and preserve the simple lines, they built the tank and seat base as one piece by hand-rolling manually-formed aluminium. 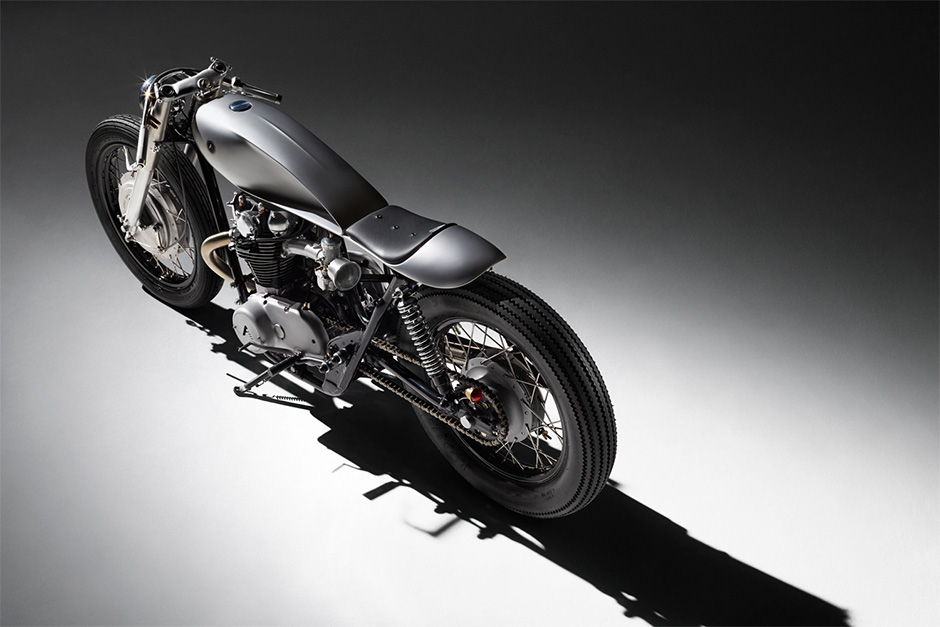 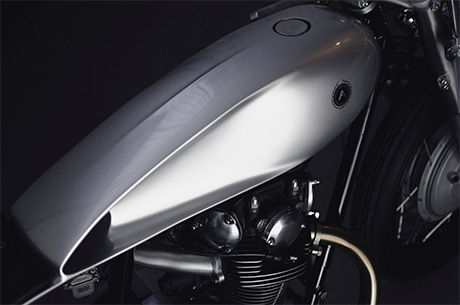 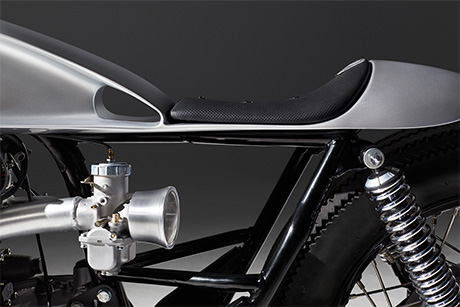 Some of the detailing added to the original Yamaha machine includes Auto Fabrica manufacture-made stainless steel handle bars, levers, and fork covers. “Something we pride ourselves on is our handmade stainless steel exhaust systems,” the brothers proudly add.

Naturally, they also fully rebuilt the engine using 0.5-oversize pistons. And as they love matte finish on bare metal, the castings and aluminium components’ surfaces have been aqua blasted.

A simple design is often very difficult if it’s done correctly, and that’s what we find here: the shapes the brothers work with are so complex that they appear to be simple. The Type 6 is a perfect example of complexity expressing simplicity. 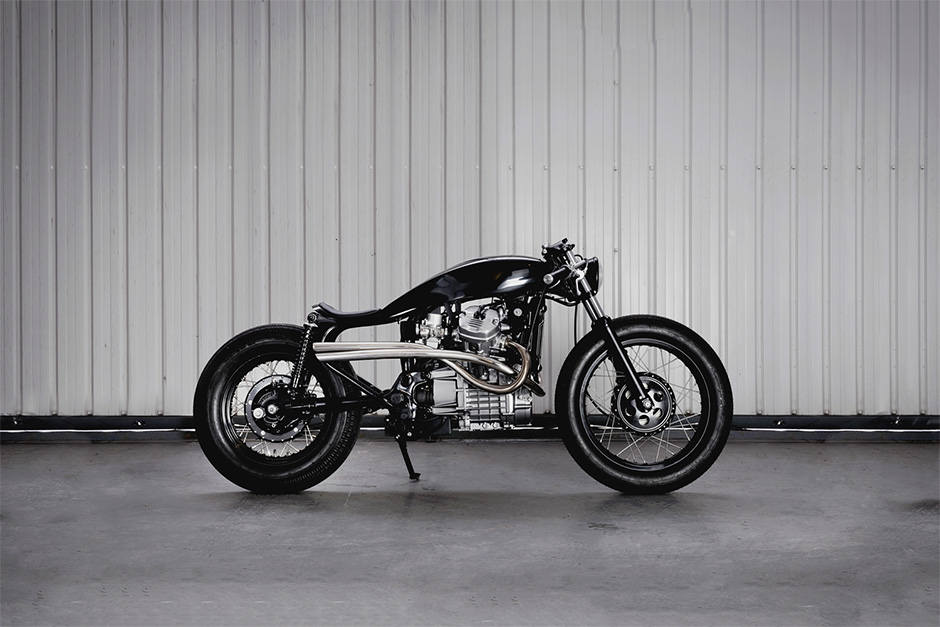 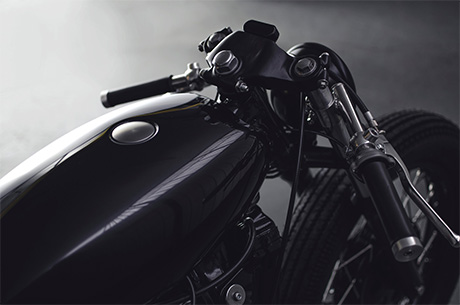 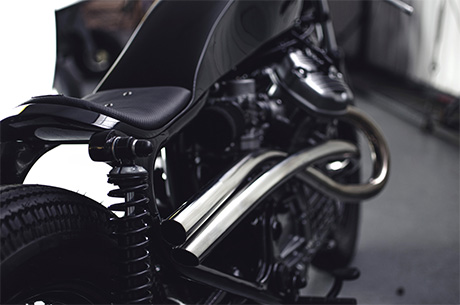 The brothers worked on the Type 8, whose life began as a 1981 Honda CX500, at the same time as the Type 6. And if it looks completely different from the Type 6, there is a good reason: once they stripped the Type 8 something quite strange revealed itself. The frame in its “naked” form had a great organic shape laid over the (now fully rebuilt) engine, a rarity among 1980s Japanese bikes. This provided them with some new ideas such as making the hand-formed aluminium tank as an extension of the frame. The stainless steel exhaust pipes were then run high to provide a unique look to the bike, a detail not without its own challenges. The Type 8’s main focus is flowing lines.

The brothers, who are of Kosovan origin, have always been keen mechanical cyclists, starting from a very early age with bicycles. Given their predilections and chosen areas of expertise, they were of the opinion that existing motorbikes could be improved upon.

“The core ethos of Auto Fabrica is about being complicatedly simple: a direction of simplicity and minimalism yet very intricate detailing,” they profess. 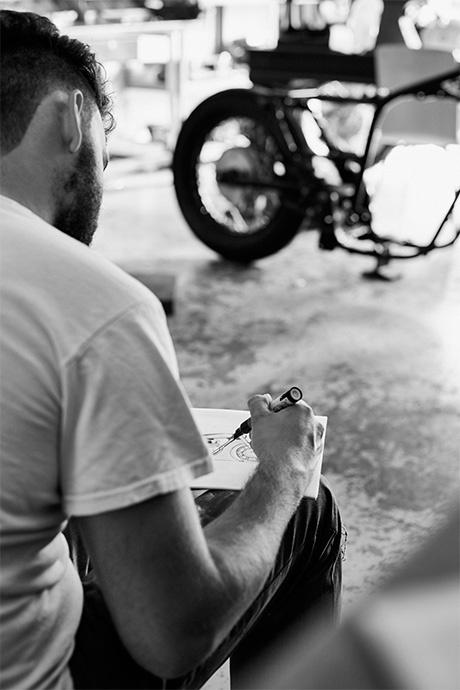 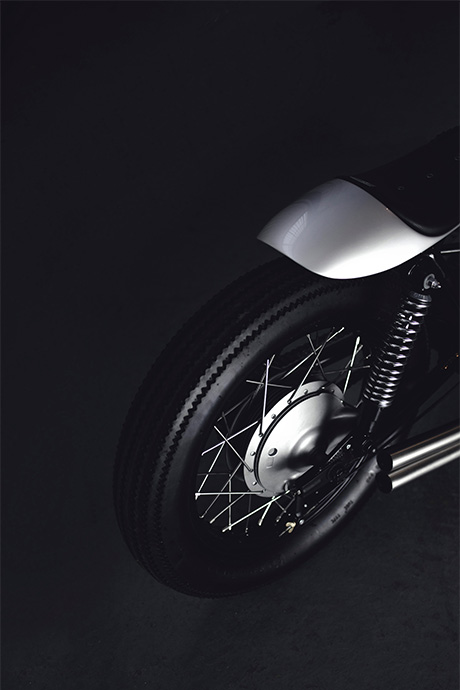 Auto Fabrica was officially called to life in 2013, though the brothers emphasize that it was a “long time coming before that” thanks to a common love of art and mechanical art that includes cars, bikes, and airplanes. From an early age, both Gazmend and Bujar gained confidence by undertaking various projects with their own personal vehicles. Soon, they were sure that the best way to go about designing what they wanted was to express simplicity through complex forms and engineering. In other words, just because it looks simple it doesn’t mean that one of their products actually is simple.

“We began by taking a step back from modern-day technologies and really looking into what is a beautiful machine,” the brothers explain. “Time and time again we came to the same conclusions: the vehicles considered the most beautiful and expensive were the cars and bikes from the golden eras between 1910 and the 1980s.” 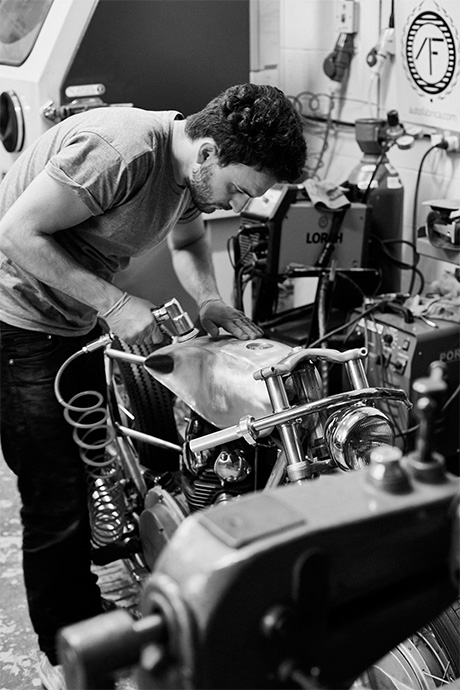 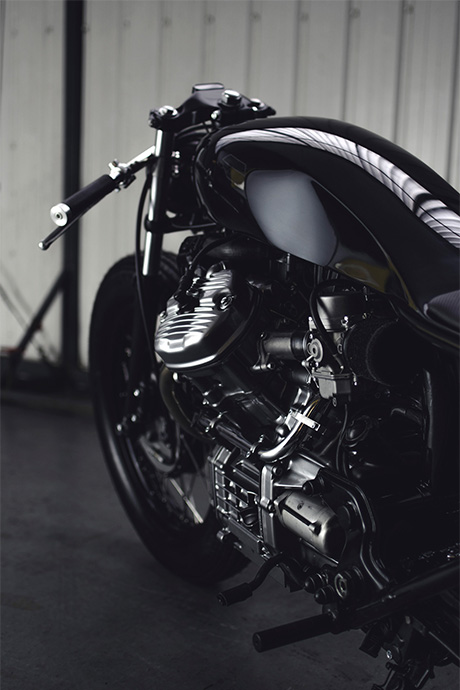 With that in mind, the fraternal duo analysed how the vehicles were manufactured, including handmade bodywork, which resulted in symmetrical imperfections that were nonetheless a beautiful representation of natural flow in design. Therefore, panel beating and metal forming – dying automotive manual art forms – became major elements of Auto Fabrica’s work; the brothers learned them autodidactically by trial and error.

The lucky find of four Yamaha XS650 models found in the depths of a farm located in rural Cornwall effectively kickstarted the young company by providing the basis of four classic “donor” motorcycles. And they have never looked back since then!