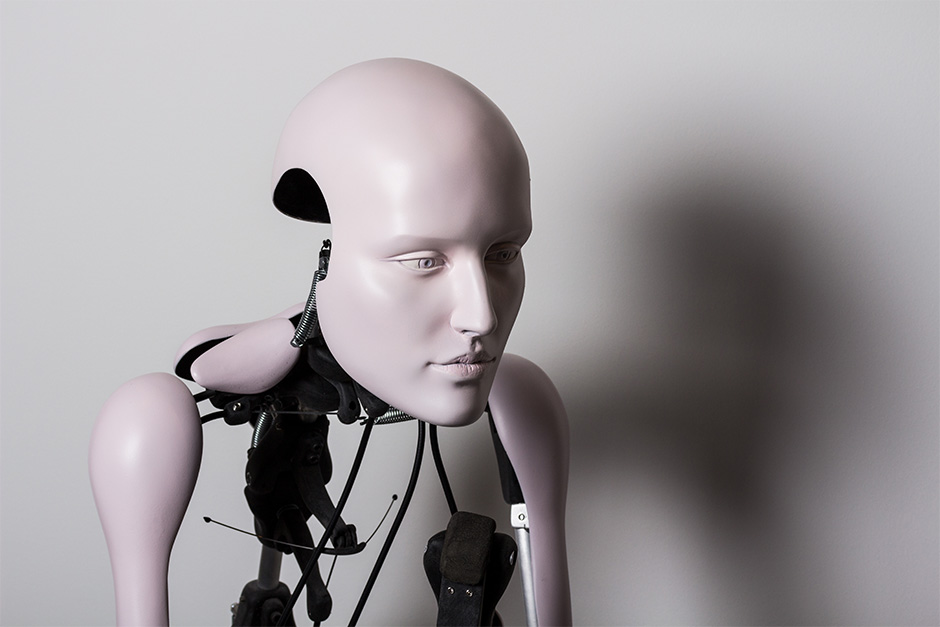 The M.A.D.Gallery Geneva is thrilled to present Desiring-Machines, an exclusive and unique collection of five mechanical sculptures set in motion by Server Demirtaş.

A master of creativity and construction, Turkish artist Server Demirtaş brings life to his artistic machines with intricate engineering. Desiring Machines intrigue with smooth, humanlike movements that maintain stark contrast to the robotic appearance of each creation.

As a young child, Demirtaş was amazed and excited by mechanical objects; he learned mechanics and production methods from his technician Father. As a student, Server started a business creating unique and special cardboard boxes for pastry shops, as well as paper toys. During those times, Demirtaş also built machines to assist in production, including one for making paper parasols. Early on in his artistic career, Demirtaş was known for three-dimensional artworks created with PVC-coated newspapers. A graduate of the Mimar Sinan Fine Arts University with a focus in painting, Server Demirtaş has been passionate about building mechanical sculptures in movement as well as video art since 1997.

The exhibition title “Desiring-Machines” is rooted in the concept of the French philosophers Deleuze and Guattari and based on the book Anti-Oedipus: Capitalism and Schizophrenia, as well as the name of a group exhibition in 1997 in which his first machine was displayed. Demirtaş also finds inspiration in the mechanical works of old masters such as Al-Jazari, and Leonardo da Vinci, as well as Swiss artist Jean Tinguely.

His studio is his home. Demirtaş conceives and designs the mechanics and produces his sculptures by himself in his studio in Taksim, Istanbul. The workspace is filled with a wide variety of objects from vintage toys to sculptures, plants, and a few odds and ends neatly displayed on shelves.

Dedicated to his passion of mechanical sculptures in movement, Demirtaş spends most of his time in Istanbul at his studio designing and building inventive creations that communicate his personal history.

Desiring-Machines offers a refreshing perspective on kinetic sculpture with a visual experience blending art and engineering. Each Machine performs a unique and choreographed series of movements and gestures mimicking life and exploring the human condition.

Over approximately 80 seconds, the animated visual spectacle captivates audiences and imparts a unique meaning for each observer.

This powerful collection from Demirtaş’s includes the Desiring Machine, a mechanical sculpture featuring a small child standing on a pedestal in a restless stance with folded arms across its chest firmly hitting the wall behind with its back, over and over again. 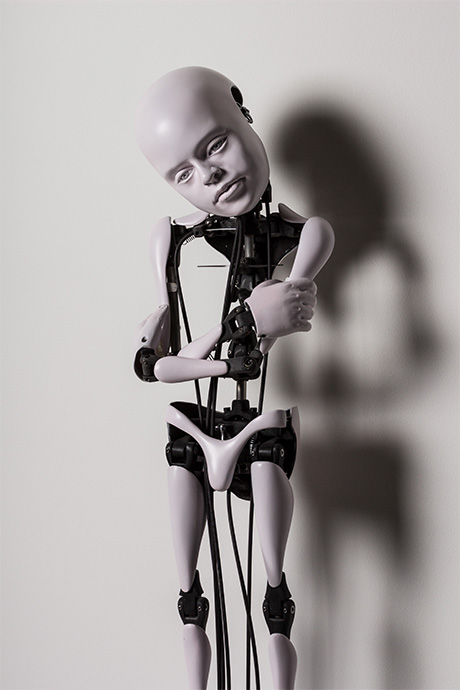 The performance powerfully encapsulates childhood uncertainty and frustration, striking a visual balance between the lifelike features captured in the child’s face and the actions performed by the unconcealed mechanics of this 150-centimetre piece (five feet).

Another piece in the collection, Contemplating Woman’s Machine II, stands nearly the same height and features a poised woman with her head resting on her knees and her arms wrapped around her legs. Her tender, slow motion movements suggest a private moment of contemplation.

A closer look at the artworks reveals the artistic contrast of the anthropomorphic structures, which are woven with wires and cables connecting the precision mechanics powering the kinetic sculptures.

Combining his engineering skills with his imagination, Demirtaş's talent lies in conceiving, designing and handcrafting the components and mechanisms that power and animate his mechanical sculptures.

Although the works have a robotic appearance, Demirtaş's mechanical sculptures are not machines intended to carry out a given task, but to incite consciousness and contemplation of the human condition. “One can easily achieve competence in re-creating human actions mechanically, but the real difficulty is in using mechanics to relate to the inner state” the artist explains.

Another contemporary artwork by Demirtaş is the Purple Flower of the Machine, which brings together mechanical aesthetics with conceptual kinetic art. A robotic branch extends outward, inviting the observer to breathe in the scent of a beautiful orchid, creating a new kind of relationship between man and machine. 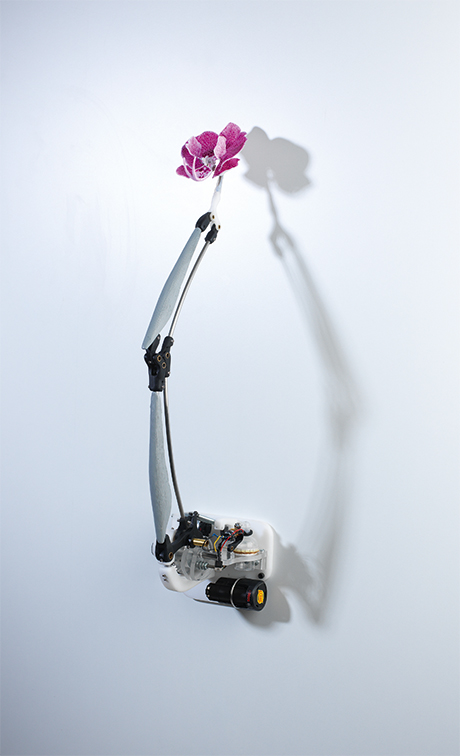 Another artwork in the exhibition is Hand on the Shoulder, an apparently innate marble-like statue that breathes in and out with a natural rhythm.

Each kinetic sculpture is crafted entirely by hand from start to finish. The process begins with drawings and plans for the mechanical solutions that power the innovative mechanical art pieces.

Demirtaş does not use the assistance of an engineer or software developer. “The most difficult part of the process is to design and produce the structure and mechanism to render the movements as I dream them,” Demirtaş points out.

At the heart of each mechanical sculpture is a set of Plexiglas wheels or cogs connected via cables and wires to execute the synchronized movements. The Plexiglas wheels are individually shaped to generate the specific movements of the different body parts creating the kinetic fluidity of the sculpture. 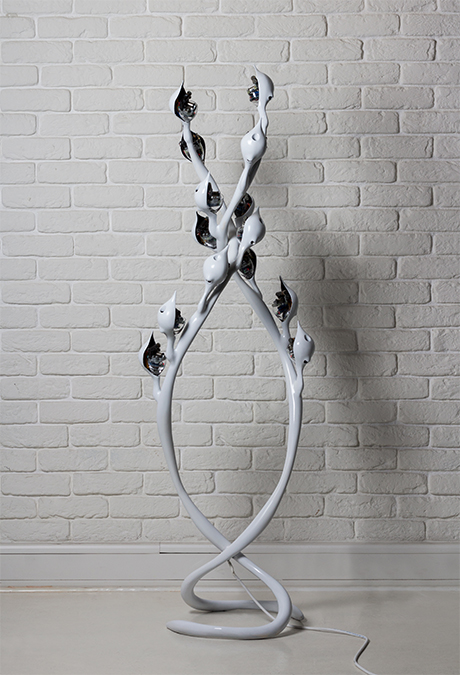 Each sculpture is unique, requiring two to six months to design and construct the mechanics that create the mesmerising characteristics of the compilations.

While movement and mechanics play an essential role in Demirtaş’s art, his sculptures are not about mechanics or intricacies of production; they are about the relationship between man and machines, exploring concepts of motion, perpetuity and inertia. 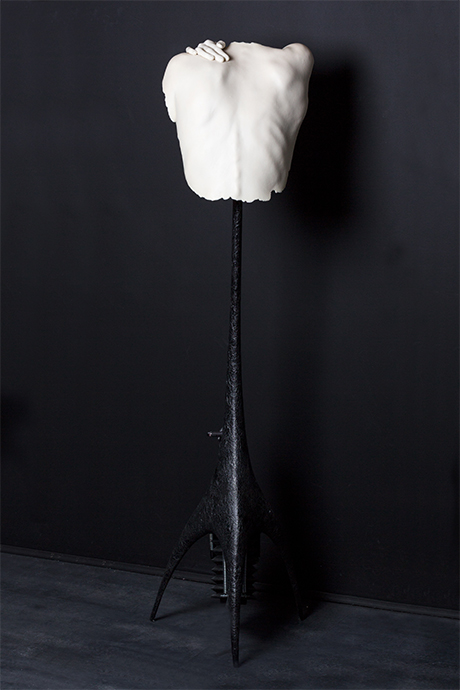 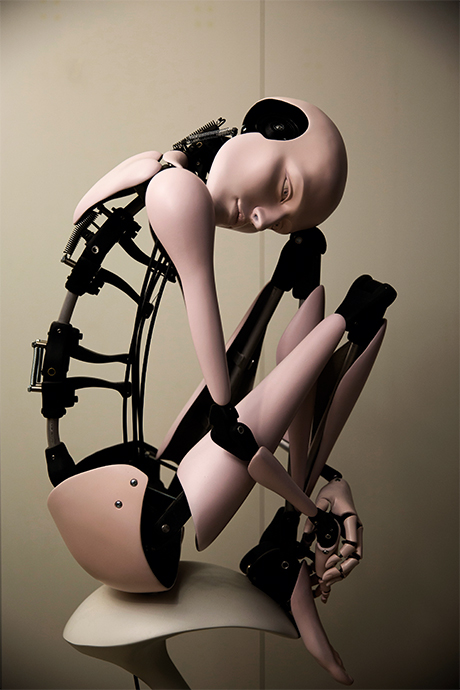 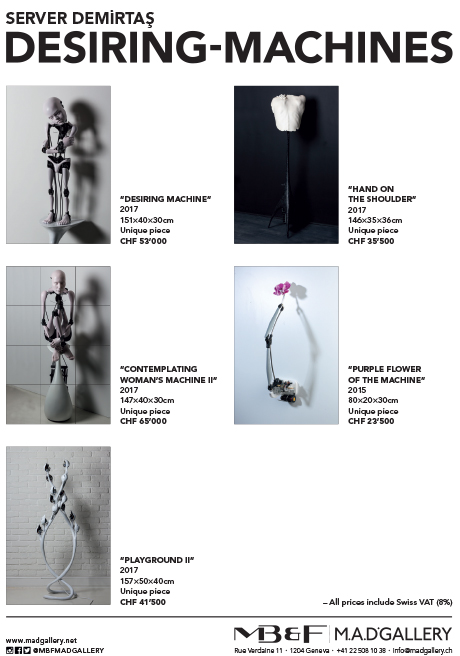