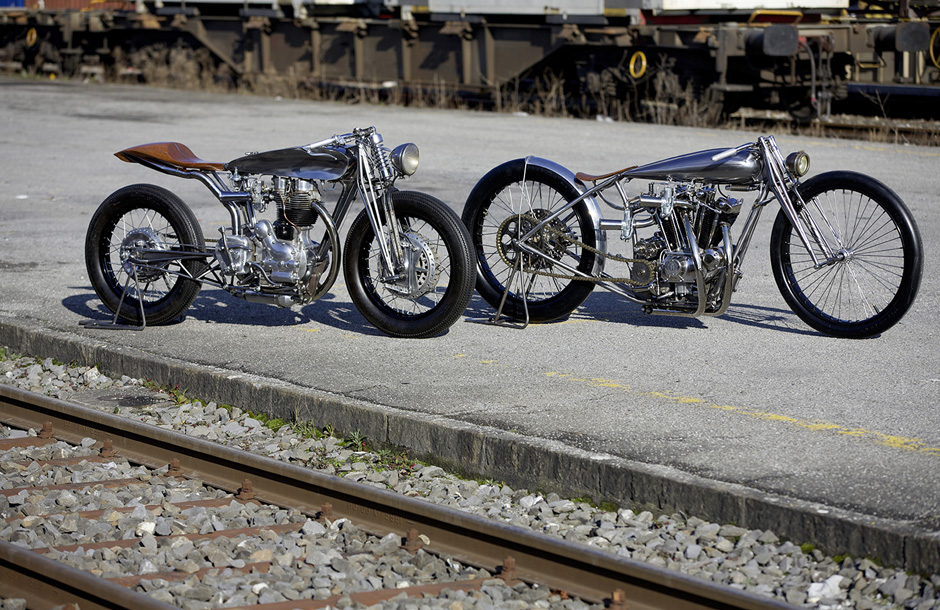 Working on his own, American artist Maxwell Hazan crafts magnificent, one-of-a-kind motorbikes – each creation the uncompromising result of 6 to 8 months of intense manual craftsmanship. The MB&F M.A.D.Gallery is proud to showcase the latest two to come out of the Hazan Motorworks atelier in Brooklyn: the Royal Enfield and Harley Davidson Ironhead.

Retro styling, subtle frosted effects and a hint of patina endow these wonders with a vintage look, while unconventional components – a tractor headlight and even kitchen utensils – play precise roles within the overall architecture. The mechanical complexity of the visible engines contrasts with the clean design lines, further enhancing the creative tension.

The starting point for each of the New Yorker’s unique motorbikes is the engine. Hazan begins by finding a motor that he considers aesthetically pleasing and then builds around that.

“I love to build from scratch,” he says. “It allows me to build without compromising the design: Every piece goes exactly where and how you want it. You can create something really unique and clean.”

Maxwell Hazan was born in New York in 1981. In his youth, he spent a lot of time in his father’s Long Island workshop “taking things apart and putting them back together" as well as riding motorbikes. After graduating with a Psychology degree, Hazan first carved out a successful career as a designer, before deciding to quit and make a living from his passion: Building exquisitely beautiful motorbikes. “My heart wasn’t in my day job,” he says. “So I took a pay cut to do something I actually like.”

Hazan's career creating motorbikes began by accident, quite literally. After a motocross misadventure, he was forced to recuperate on his couch for three months; he spent hours each day staring at the beach cruiser bicycle he kept in his living room. He contemplated adding an engine to it, which he eventually did, but soon decided that motorbikes would be his preferred medium.

Hazan set up Hazan Motors in Brooklyn in 2012; he has now built four bikes as a pro. The latest two are the first ones he has built entirely from scratch. Hazan just recently moved to Los Angeles to live with his partner, and there he is focusing on making two elaborate motorcycle art pieces per year, neatly adhering to the motto tattooed on his hand: “Ever forward in creation”.

“This was the first time that I built everything from scratch,” he says. “Every lever, linkage, cable... each part was made to be seen.”

Hazan’s tribute to the Enfield puts the spotlight most definitely on this engine, the beating heart, accompanied by a double cam system with bronze chains. The front wheel of the bike boasts an impressive drum-braking system; the handlebars above bear metallic grips.

The silvered components of the frame and engine gently contrast with the ruddy patina of the fuel tank and rich brown tones of the über graceful, hand-carved wooden seat floating over the plump back tyre. The seat is inspired by the design of vintage Italian speedboats, and Hazan completely refinished it three times to compensate for the expansion and contraction of the wood. 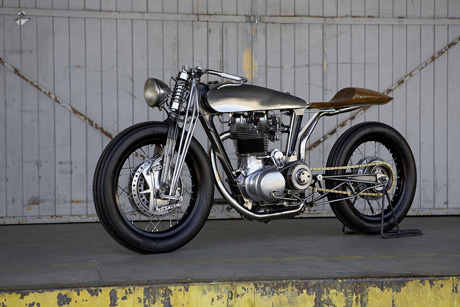 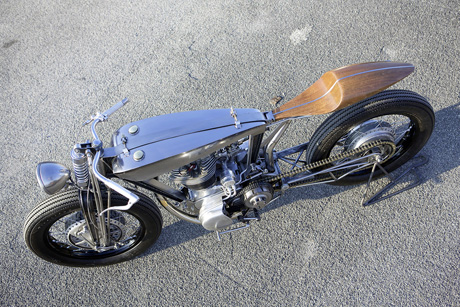 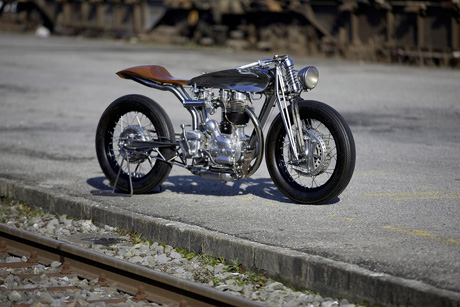 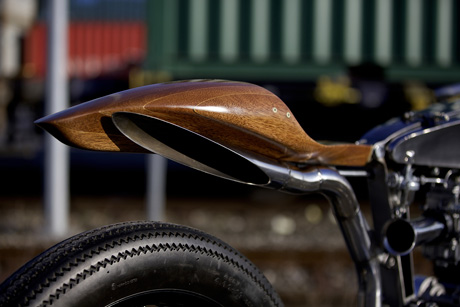 Hazan’s Ironhead is just as spectacular, featuring an innovative front suspension with horizontal shock absorber. “With every bike, I try to make a suspension set-up that I have never seen before,” says Hazan.

Ironhead motors had long held a special place in his heart before he finally began work on his own last year. “I always loved the heads on the Harley 1000s,” he acknowledges. “So I bought an ’81 with the idea of running two front heads and dual carbs.”

Hazan’s Ironhead boasts a rare elegance for a motorcycle. While the engine is a joy to behold, the fuel tank also steals some of its thunder. “There are infinite ways to make a functional part but they also have to be aesthetically pleasing,” says Hazan. “I had to make the Harley’s fuel tank four times until I felt it looked right; each time I made it slightly smaller than the previous attempt.”

It was worth the effort. With the tank’s silvered finish and curvaceous, tapered form, it resembles a leaping salmon and fits seamlessly into the general frame. The frame’s visible weld-joints only add to the bike’s charms. 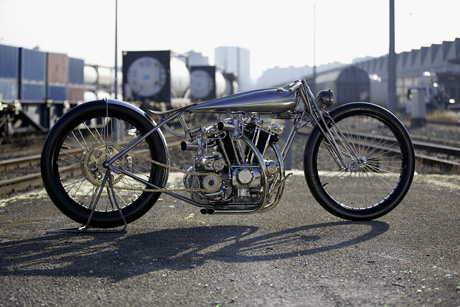 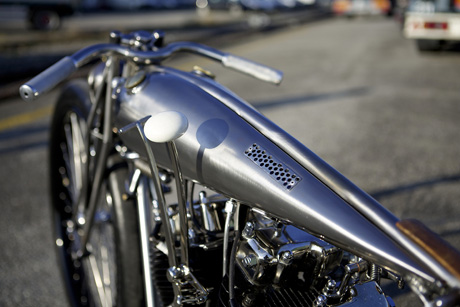 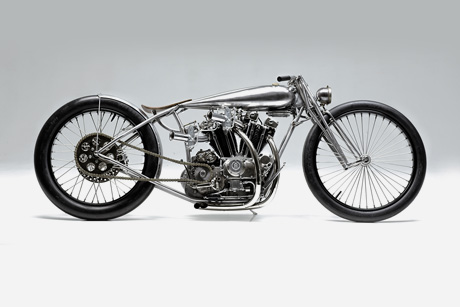 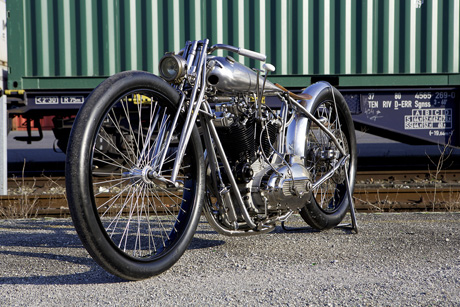