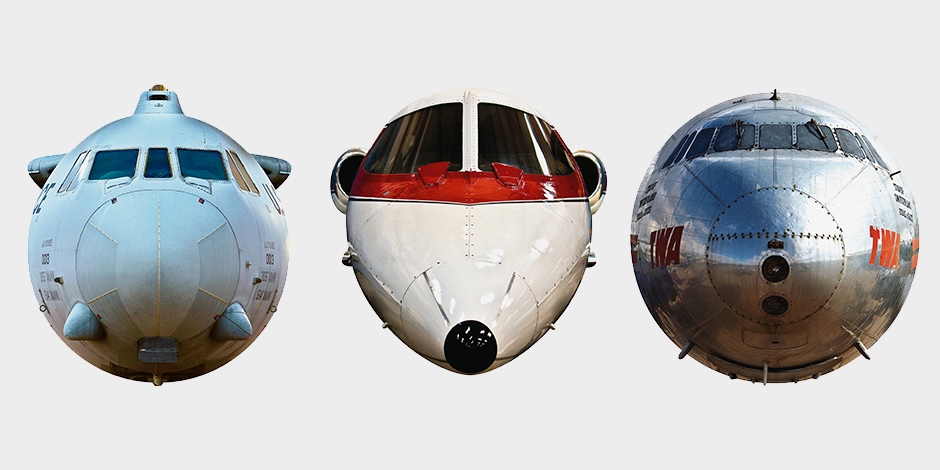 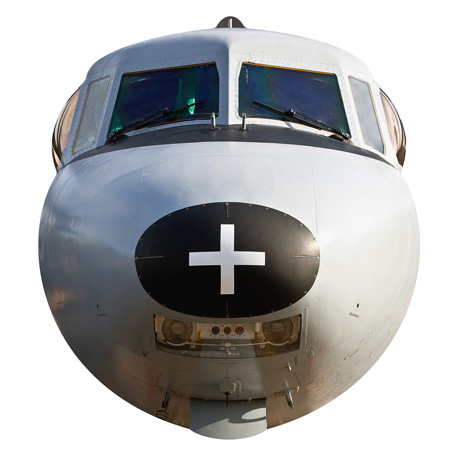 Each plane has a story to tell, whether this is expressed through corrosion or damage from war: their skin defects reveal the aircraft’s souls. Chrétien, for example, was drawn to the Etoile de Suisse (“Star of Switzerland”), one of the first TWA Constellation aircrafts converted for civilian service, during a photography trip to the Sonoran Desert near Tucson, Arizona. A close look at this four-engine, propeller-driven airliner from 1943 revealed thousands of indentations in the aluminium from flying through a torrential hailstorm – a memorable journey for the pilot and one that left the aircraft with tremendous character and a visual chronicle of its history.

The eight photographs in the Nose Art exhibition endow each aircraft with a humanistic personality, as if the faces of the planes were happily smiling or cautiously glaring. Endless interpretations are left to the observer’s imagination. 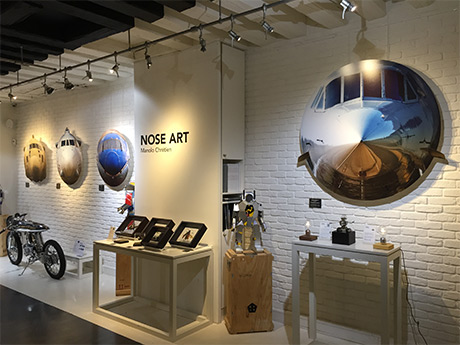