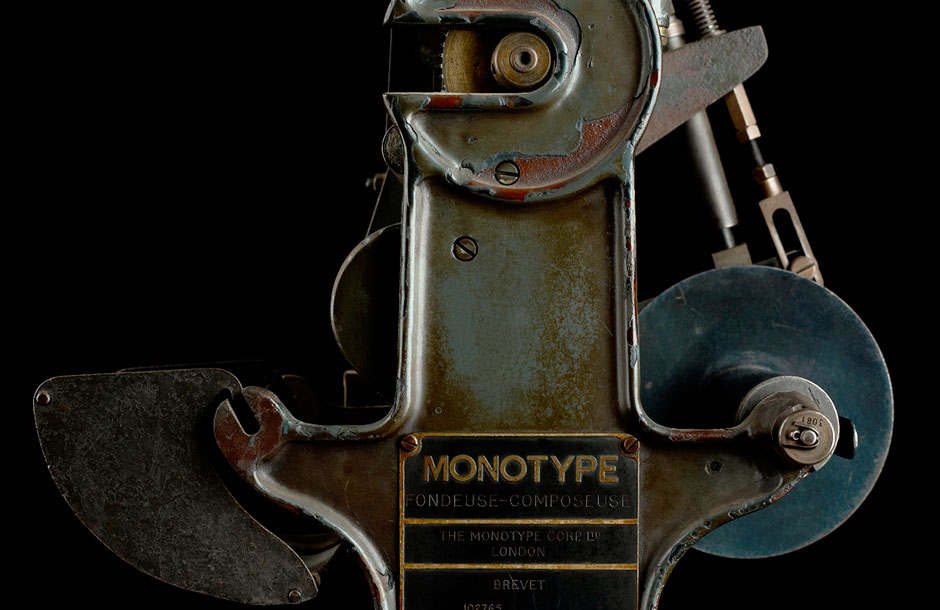 Maarten van der Ende was born in 1958 in Deventer, the Netherlands. His father’s work meant his family lived in no fewer than four countries during the first 14 years of Maarten’s life: Zimbabwe, the Netherlands, France and then Switzerland, where Maarten finally settled in 1972.

Maarten grew up with plenty of contact with the art world. During his youth, his father regularly took him to exhibitions. One of these, Picasso at the Palais des Papes in Avignon, left a big impression on him, as did the regular visits to the Maeght Fondation in St-Paul de Vence and the Léger Museum in Biot. Maarten went on to complete a four-year course in Photography at the School of Applied Art in Vevey, Switzerland.

While Maarten was studying, he began regularly exhibiting his own photographs, notably at the ‘Rencontres Internationales de la Photographie’ festival in Arles. This set the ball rolling and galleries across Europe soon started approaching Maarten with offers of representation. That was at the beginning of the 1980s when, in his eyes: “Photography didn’t yet have the profile and recognition it enjoys nowadays.”

Parallel to this, Maarten began making a name for himself as an advertising photographer and it is in this guise in 2001 that he first encountered Maximilian Büsser. Maarten’s work impressed Max such that he asked Maarten to shoot MB&F's very first Horological Machine. Maarten has since taken all the official photos of MB&F’s timepieces. “It is stimulating to be able to create a specific universe for a brand and to have the freedom to do so, and Max offered these ideal conditions,” says Maarten.

Maarten’s influences include Ed Ruscha for his artist books, Kurt Schwitters and Max Ernst for their collages, Mimmo Rotella for his torn posters, and the paintings of Bram van Velde and Cy Twombly, as well as the work of Le Corbusier. “I feel the need to surround myself with this artistic universe, and to practise drawing, engraving and collages myself,” he says. “It’s a way of integrating my interests, apart from photography.”

Maarten has chosen the world of printing as the subject for this fantastic photographic showpiece – and the exhibition title is a neat tip of the hat to Johannes Gutenberg, the 15th century pioneer of the printing press. “Gutenberg re-engineered” is a series of beautifully captured images of machinery and tools from the realm of printing. 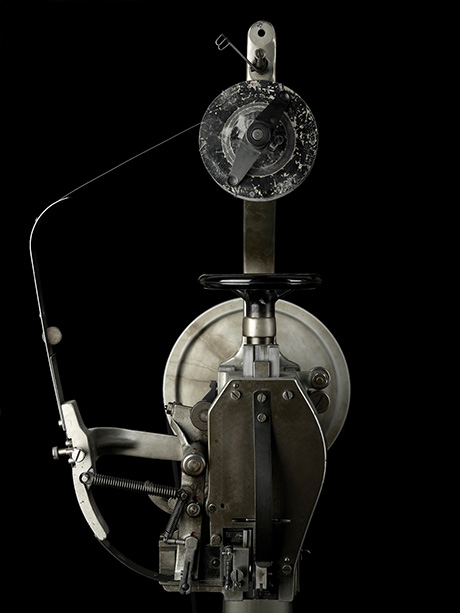 Exhibiting photographs of these machines is a way of paying tribute to master printers and craftsmen. From an early age he has been fascinated by the noble aspect of printing machinery, he took the challenge of giving a life and a soul back to those metallic dinosaurs.

“I have always been fascinated by the world of books, paper, ink, presses and printing in general,” he says. “Maybe it’s down to one of my uncles, an artist who owned a typographic printing works in the ‘60s and ‘70s specialising in printing art and making artist books, posters and other creations. It was, and still is, a world that fascinates me.

“Books in all their forms are an important element in my life, and I have always had them around me since I was very young. I found something of this in the Atelier-Musée Encre & Plomb.” 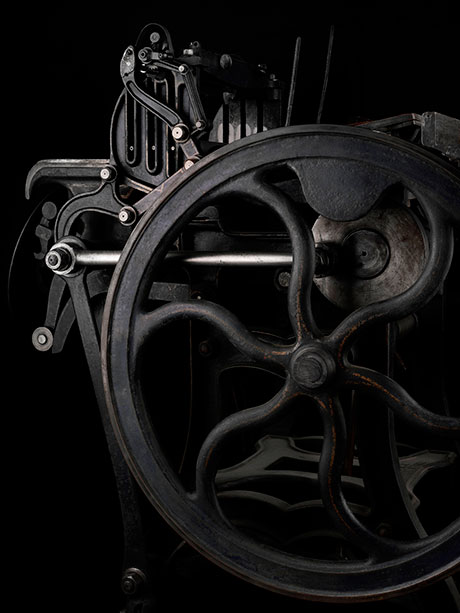 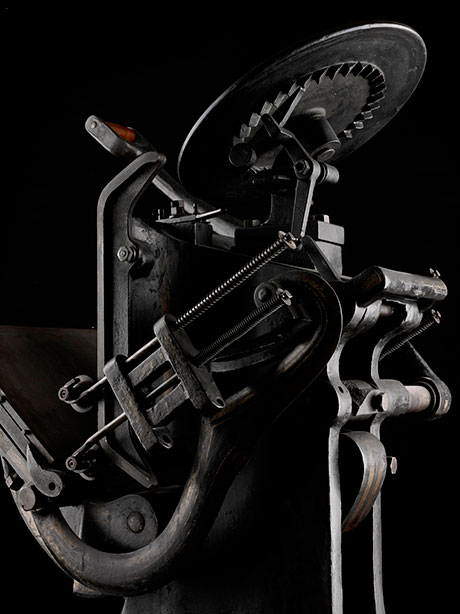 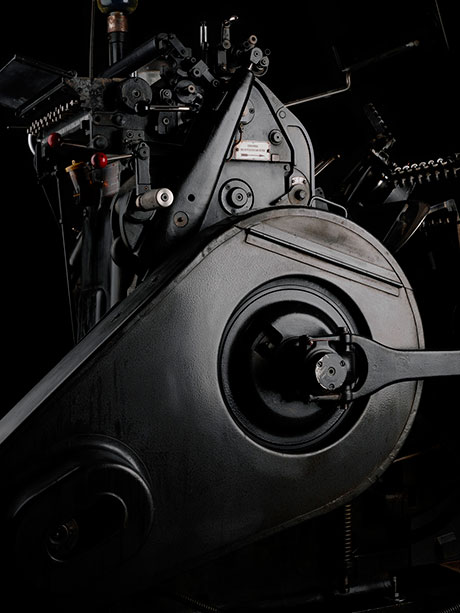 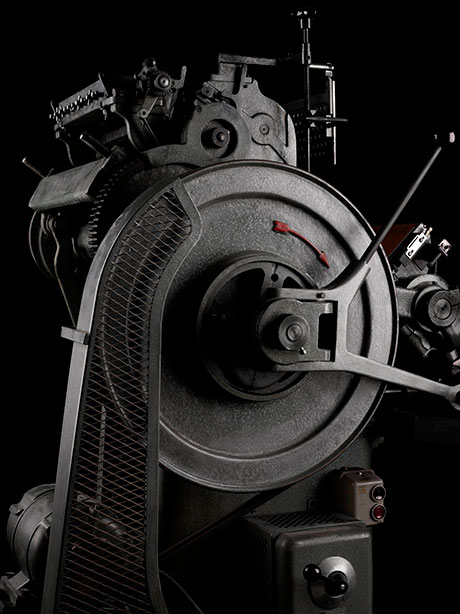 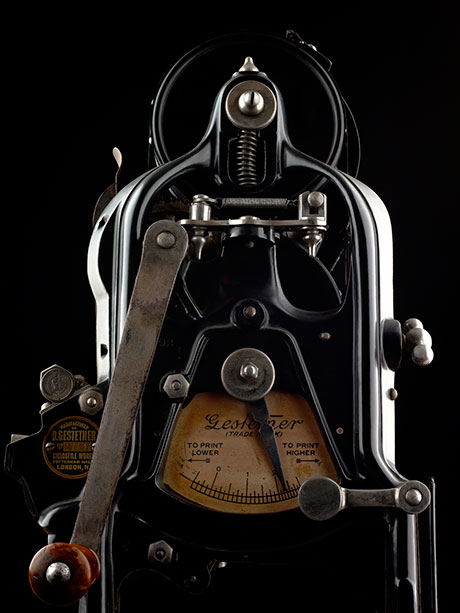 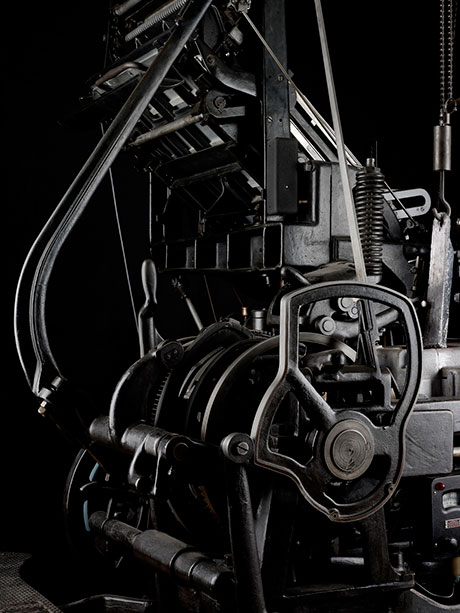 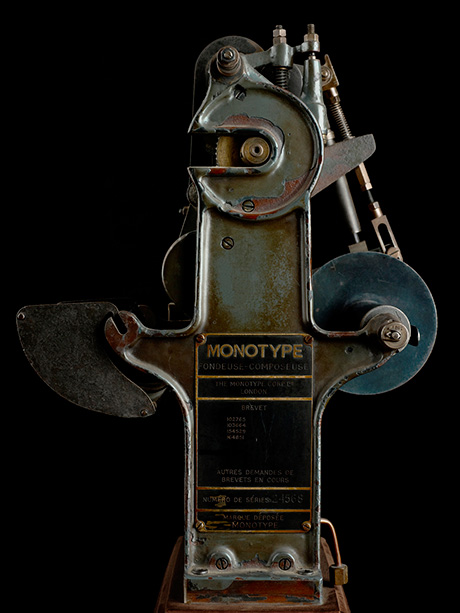 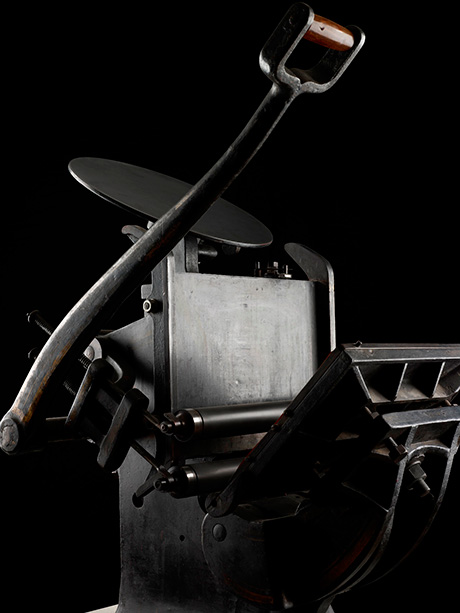