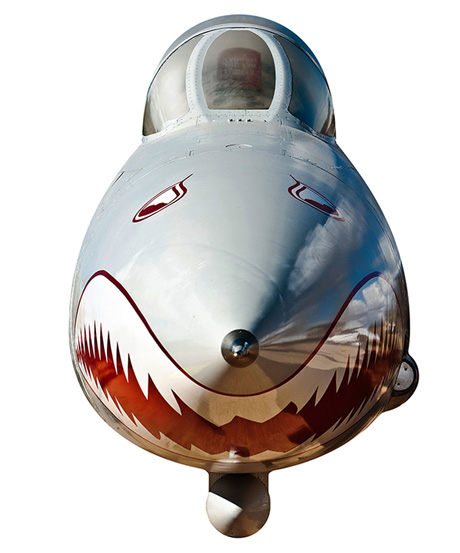 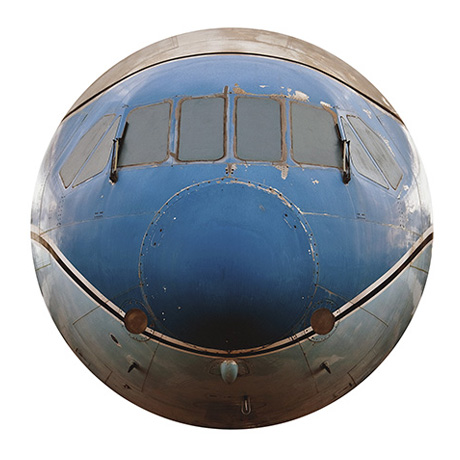 Each plane has a story to tell, whether this is expressed through corrosion or damage from war: their skin defects reveal the aircraft’s souls. Chrétien, for example, was drawn to the extensively rusted model of the Caravelle due to its impressive political history. The Caravelle De Gaulle (flown by French President Général De Gaulle for years) is also known as a kind of « Vintage French Air Force One » and was referred to by De Gaulle as the “quiet, sweet and silent Caravelle.”

The seven photographs in the Nose Art exhibition endow each aircraft with a humanistic personality, as if the faces of the planes were happily smiling or cautiously glaring. Endless interpretations are left to the observer’s imagination. 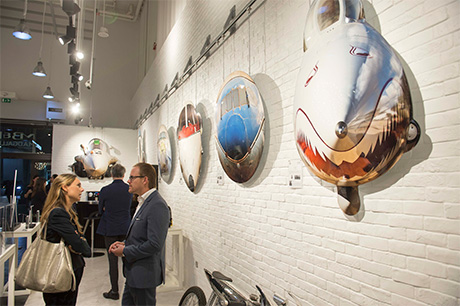