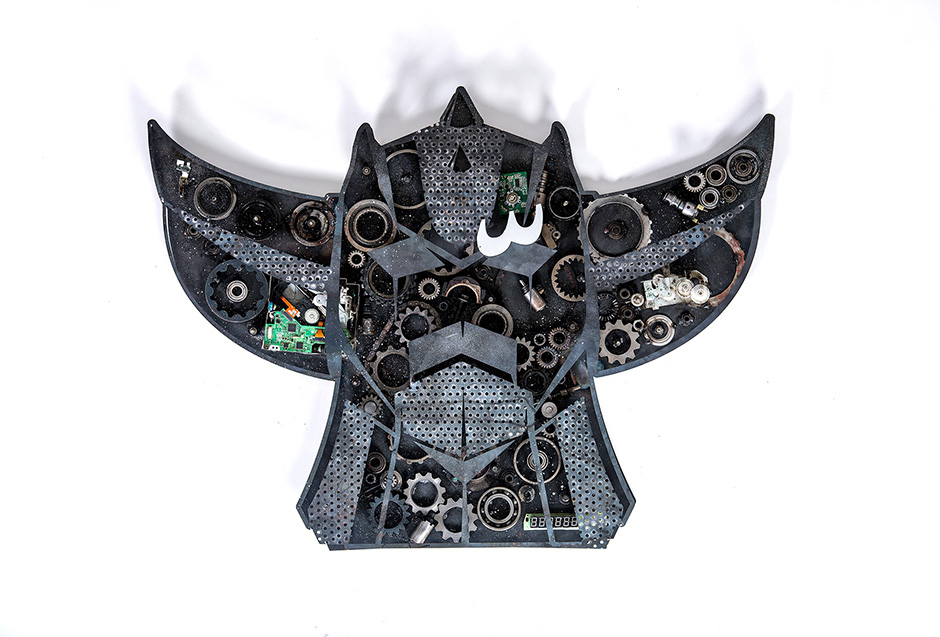 MB&F M.A.D.Gallery is proud to present ‘Arab Golden Age V.2.0’, the official debut of Lebanese artists and twin brothers; ASHEKMAN, into the world of mechanical and kinetic art. Inspired by the Arab Golden Age between the 8th and 13th century, ASHEKMAN unveils a collection of limited edition metal sculptures representing the evolution of human civilization.

Started in Beirut city in 2004, by identical twin brothers Omar & Mohamed Kabbani, ASHEKMAN is an Arabic street art crew specialized in Arabic graffiti and calligraffiti (and were) inspired by the Lebanese civil war graffiti, which first emerged during the 80s and 90s. They mixed their Graphic design degree with an Arabic context, which resulted in a Lebanese street art crew. The twins also studied Arabic calligraphy under master calligrapher, Ali Assi. Considered among the early adopters of Arabic calligraphy in street art, the twins’ main objective is to revive the Arabic culture using a urban context. Ashekman is now based in Dubai operating between both Dubai and Beirut. Their studio is located in Dubai Design District (d3).

The period between the 8th and 13th century was the “golden age” of Arab civilization with Arab inventors, scientists and philosophers paving the way for new discoveries that led to the evolution of human civilization and “Arab Golden Age V.2.0” pays tribute to this pivotal period in Arab history.

This Ashekman’s debut exhibition has been custom-curated for the mechanical and kinetic art platform that is synonymous with the MB&F M.A.D Gallery.

Showcasing five unique limited edition art pieces and installations that have been custom-created to underscore the valuable contributions of Arab culture and inventions, each piece has been crafted with a metal body and paired with Arabic calligraphy to highlight Arabic culture within a modern context. Considered amongst the early adopters of Arabic calligraphy in street art, Omar Kabbani and Mohamed Kabbani are twins that share a common goal of reviving Arabic culture using urban context. 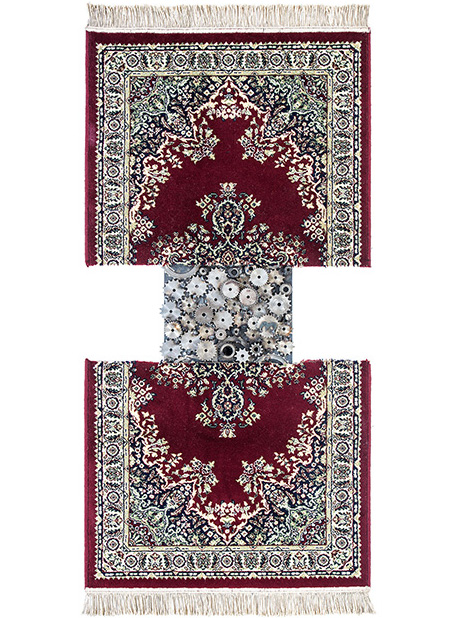 “Protect” combines "Khamsa", the hand of Fatima and hand of Miriam, which dates back to Mesopotamia, with a bionic robot eye, symbolizing a very powerful message, "preserve your past to protect your future". 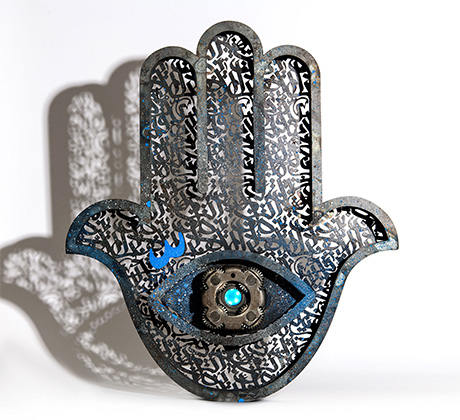 “Rise” depicts the flying carpet in its true mechanical form. It pays tribute to Abbas ibn Firnas, an inventor, physician, chemist, engineer, musician, and Arabic-language poet who is renowned for his successful attempt at human flight in the 8th century in Andalusia.

“Plan” is a literal metaphor of an old Arab proverb, "Time is like a sword, if you don't cut it, it will end up cutting you" and accents the blades of a chainsaw with Arabic calligraphy citing the famous saying.

“Lead” is the head of the influential Grendizer made from various mechanical parts, suggesting that no leader can survive without the support of his people – hence only the head is visualized.

Inspired by Ismail al-Jazari, the most outstanding mechanical engineer and father of robotics who lived in the 10th century. “Proceed” showcases mechanical gears carved with the saying "Time is gold" in calligraphy, emphasizes that time is valuable and any culture that respects time will flourish. 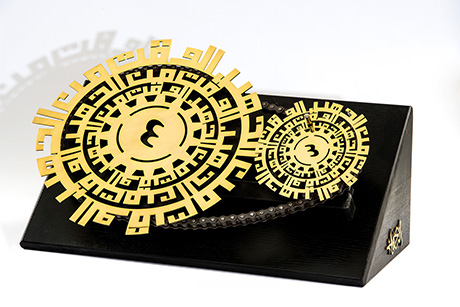 “I stumbled upon Ashekman purely by chance two years ago – I was in Bur Dubai and came across an incredible Grendizer calli-graffiti that left me transfixed. Growing up I was fascinated by Grendizer, a Japanese anime television series and comic character and to see it here in Dubai was a great surprise and I wanted to meet the talent behind it. Thus started my fascination with the Ashekman collection. Not only are they incredibly talented but the philosophy driving them is rare and we are extremely proud to offer them a platform for their first ever mechanical art preview,” says Maximilian Büsser, Founder and Creator of the MB&F M.A.D.Gallery. 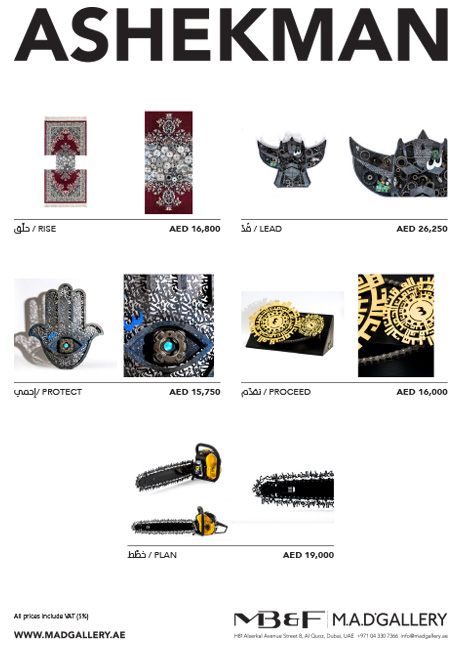